The Monastery devoted to archangelos of Tharreno since 1916 is without monks and in 1989 the abbot Amfilochios Troukos and now Metropolitan of New Zeeland founded the fraternity of Tharrios.

Although the action of the monks with their work is present in the island since 1980, the history of the Monastery is made wider as the years goes by.

The existed church is devoted to Taxiarchis Michael, and the time of its construction is between the 9th and 11th century and since then a lot of historical details are presented. The myth has it that a princes, who arrived from Konstantinoupoli to Rhodos, suffered from a very serious illness and because she was treated, she wanted to devote the place of her therapy to a Monastery. In order to decide which place she could build the Monastery she threw her ring away.

The people that visit the archaeological and beautiful nature place of Tharrios, experience calmness from the nature and avoiding the noise and getting rest. They admire the flora and fauna of the area of the Monastery and feel awe and emotion under the protection of Taxiarchis Michael. The Monastery is distinguished for its hospitality and attracts a lot of people daily who wish to go and pray in the Holly Monastery.

The visitor, upon his entrance, faces the Byzantine building in cross shape in the yard of the Monastery. Although the repair works have changed its external picture, the imposing dome, which is connected with the stone, makes the church impressive.

The architecture of the church contains 6 phases and the painting has 4 phases. From the byzantine church there is only the catholic while in the yard of the church the old buildings have been repaired which today is the abbey, the dining room, the kitchen, the hostel and the Radio and TV station “Tharri”

Away from the entrance of the Monastery yard, there is a spring of water which is Holy water which makes the worshipers fresh and calm. Around the monastery there are small chapels of Timios Prodromos and Saint Nektarios.

The several repairs that have been made on the roof of the church, proves that the monks take care of the monastery in order to keep the precious pictures that cover the stone walls. The byzantine design has been saved among the centuries and its orthodox character is put up.

During the construction of the church, the pictures of the walls are kept with presentations of Christian symbols from ancient years. From the early byzantine time till today, the persons of the pictures are developed according to the repairs of the building, showing the worship to the monastery. The persons of our religion are exposed either with classic appearance or with lively movement of the painted persons of our religion.

The old paintings on the walls of the body painting Ierarches, Saint Eleftherios and Saint Grigorios Akragantinos were made at the end of 12th century and are kept in the byzantine museum of Rhodos.

The most important wall painting of the church is in the sanctuary, and is kept and it is the first of the 13th century. Also at the top there is Pantokratoras and in the concentric cycles the angels who prayed beside the throne. In the south and north wall there is the Washbasin and the Last supper, while in the arch there are three miracles at the east Christ, Iassis born blind, paralytic of Vithesda and of ten lepers, Samaritida and at the west Analipsis.

From the second painting phase there were some uncovered paintings in which some saints from 14th century are depicted while the decoration of the church complete the pictures and are preserved from 18th century. The paintings of the Monastery were repaired in 1965 and 1966.

Finally, Archangellos Michael is honoured in a wall painting of a big size but it is ruined in a large percentage, while in the left and the right there are the archangels Gavriil and Rafael. 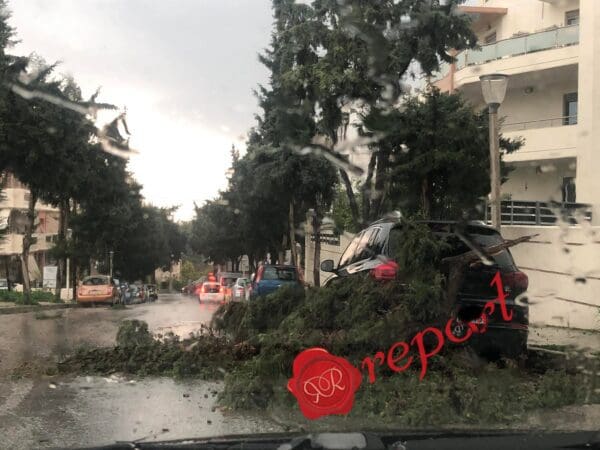 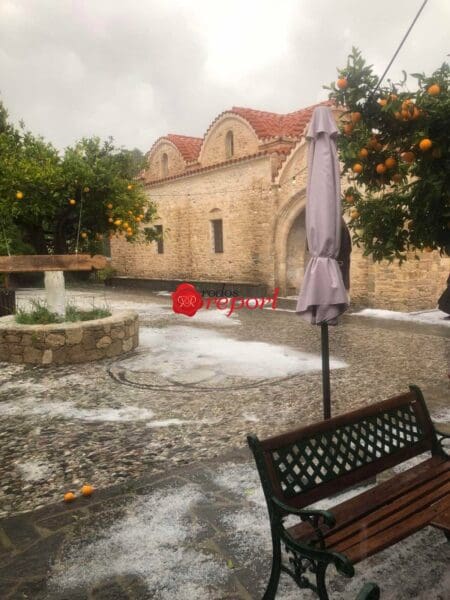 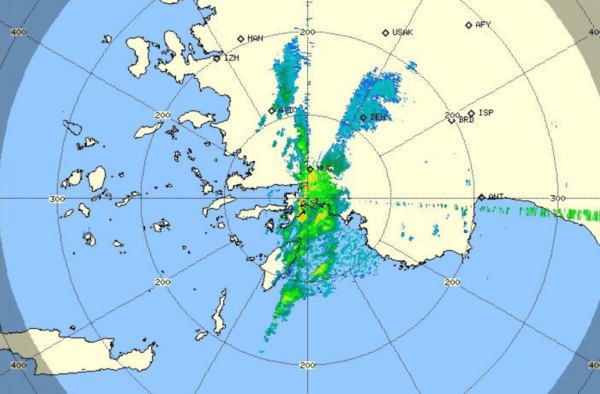